Yes, I’m really going to address this issue. However, before you begin reading, this blog has nothing to do with if or what race matters, nor Critical Race Theory (CRT), nor any of the controversial theories of race being discussed today.  This is strictly a look at skin, which is the largest organ of the body.

One of the main functions of the skin is protection. It protects the body from external factors such as bacteria, chemicals, and temperature. The skin contains secretions that can kill bacteria and the pigment melanin provides a chemical pigment defense against ultraviolet light that can damage skin cells. This happens regardless of the shade of the skin…for an amazing God-reason.

I am certainly no expert in this arena, but as a Bible student, I think we can find two distinct events in Bible history that affected skin color.  God commanded humans to procreate and fill the earth: first, to Adam and Eve, and then to Noah and his family after the flood. And whatever skin color those humans had would determine for a time the color of humans. Please read on, and study with me. 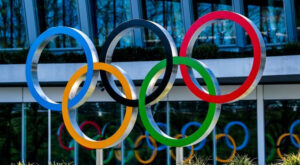 Friday, July 23, 2021, was the Opening Ceremony of the 2020 Olympic Games in Tokyo, Japan, which were postponed until 2021 due to the Covid pandemic. The Parade of athletes from every participating nation was very interesting in one way because almost every individual nation was wrapped in almost every color known to humans.  I say almost, because I could have missed some nations who were all the same color, but I don’t think I missed that many. It was an inspiring Parade of athletes, an inspiring ceremony, and an inspiring show of unity in excellence under the world view of sports. As the days have progressed, there have been highs and lows in unity and excellence, but for the most part, it has been a delicious example of humanity.

During my lifetime, the common perception of white Christians has been that Jesus and his ancestors, the Hebrews/Israelites/Jews—descendants of Abraham—were white people. Added to this is the perception that God was and still is white. The implication is that, because the Hebrews were white of complexion, the white God has chosen them to be his chosen People. A white Jesus was introduced to Africa when that continent was colonized and ‘Christianized’ by the Europeans, specifically from the 17th century onwards. Because of this, the perception that Jesus was white is still common in Africa. Not only is white Jesus inaccurate, he also can inhibit our ability to honor the image of God in people who aren’t white.

Dr. E.V. Hill[ii] used to tell of a time he received a death threat from the Black Panthers because they didn’t like his preaching about that “white Jesus.” This was his reply:

Jesus was of the Tribe of Judah

The Bible informs us that Jesus was born into the tribe of Judah, as a descendent of King David. The chronologies of the Old and New Testament show that Judah was one of the sons of Jacob, a grandson of Abraham, who was descended from Shem, one of the sons of Noah.

Jesus of Nazareth likely had a darker complexion than we imagine, not unlike the olive skin common among the majority of Middle Easterners today, although in that part of the world, every skin color and eye color can be found.

Skin pigmentation is just the color of skin that holds all our body parts together.

The first two humans to whom God gave the command, “Be fruitful and increase in number; fill the earth and subdue it…” were Adam and Eve, as recorded in Genesis 1:26-28.

The first created man, Adam, from whom all other humans are descended, was created with the best possible combination of genes…for the best possible humanity, including skin color. As all the factors for skin color were present in Adam and Eve, they would most likely have been mid-brown, with brown eyes and brown (or black) hair.

“Human skin color ranges from the darkest brown to the lightest hues. Differences in skin color among individuals is caused by variation in pigmentation, which is the result of genetics (inherited from one’s biological parents), the exposure to the sun, or both. Differences across populations evolved through natural selection, because of differences in environment, and regulate the biochemical effects of ultraviolet radiation penetrating the skin.”[i]

The actual skin color of different humans is affected by many substances, although the single most important substance determining human skin color is the pigment melanin. Melanin is produced within the skin in cells called melanocytes and it is the main determinant of the skin color of darker-skinned humans. The skin color of people with light skin is determined mainly by the bluish-white connective tissue under the dermis and by the hemoglobin circulating in the veins of the dermis. The red color underlying the skin becomes more visible, especially in the face, when, as consequence of physical exercise or the stimulation of the nervous system (anger, fear) arterioles dilate.[ii]

The use of cosmetics to beautify or change the appearance of a person’s skin is controversial in some places. However, it has been used for thousands of years to correct defects, especially of the face, or to achieve a more visually appealing artificial method for temporary design, theatrical applications, or personal preference.[iii]

But here again, we are talking about skin…the variable epidermis that each human being is wrapped in. How did the changes evolve?

The information is given by the Creator Himself, as it did not take many chapters (six) to record the events that took place. But according to the Genesis timeline of the first five chapters of Genesis, especially chapter 5, about 1,100 years had passed since Creation.

5 The Lord saw how great the wickedness of the human race had become on the earth, and that every inclination of the thoughts of the human heart was only evil all the time. 6 The Lord regretted that he had made human beings on the earth, and his heart was deeply troubled. 7 So the Lord said, “I will wipe from the face of the earth the human race I have created—and with them the animals, the birds and the creatures that move along the ground—for I regret that I have made them.” 8 But Noah found favor in the eyes of the Lord. (Genesis 6:1-3; 5-8).

Most of us are familiar with the Genesis 6-8 account of the great flood and the return of Noah and his family to dry land.  This flood greatly changed the environment. Afterward, God commanded the survivors to multiply and cover the Earth.

15 Then God said to Noah, 16 “Come out of the ark, you and your wife and your sons and their wives. 17 Bring out every kind of living creature that is with you—the birds, the animals, and all the creatures that move along the ground—so they can multiply on the earth and be fruitful and increase in number on it.”

18 The sons of Noah who came out of the ark were Shem, Ham and Japheth. (Ham was the father of Canaan.) 19 These were the three sons of Noah, and from them came the people who were scattered over the whole earth. (Genesis 8:15-18).

Noah and his family were probably mid-brown as well as Adam and Eve, with genes for both dark and light skin, because a medium skin color would seem to be the most generally suitable for most environments. In fact, most of the world’s population today is still mid-brown.

The names of Noah’s three sons, Ham, Shem, and Japheth, as recorded in Hebrew, contain clues about skin coloration.  Ham means dark, and we know from the Table of Nations in Genesis 10 that he gave rise to the very dark peoples who migrated to Africa after the dispersion of the people when they built the Tower of Babel.

The name Shem does not have any color meaning associated with it, so we can assume he was of “normal” color in the eyes of his father, Noah, who named him, but what would that have been? Noah was the tenth generation from Adam and eight generations of his ancestors were still alive for Noah to view their “normal” skin color just prior to the flood. Shem obviously didn’t stand out, so he was probably close to the original color for human beings at that time. [iv]

A third event in Bible history that probably affected different skin colors was the confusion that God caused at Babel, as we will see.  After the flood, once again, people chose to disobey God. To maximize their strength, they wanted to build a great city with a tower. They built the Tower of Babel as the focal point of rebellious worship so that they could make a name for themselves.

From Genesis 11:1-9, for the few centuries after the flood until Babel, there was only one language and one culture group. There were no barriers to marriage within this group. This would tend to keep the skin color of the population away from the extremes. Very dark and very light skin would appear, of course, but people tending in either direction would be free to marry someone lighter or darker than themselves, ensuring that the average color stayed roughly the same.

This is exactly what happened at Babel. God judged the people’s disobedience by imposing different languages, so that they could not work together against God. The confusion forced the people to scatter over the Earth as God intended. Once separate languages were imposed, there were instantaneous barriers. Not only would people tend not to marry someone they couldn’t understand, but entire groups which spoke the same language would have difficulty relating to and trusting those which did not.

The same would be true of characteristics other than skin color. Under these sorts of circumstances, distinct differences in appearance will never emerge. To obtain such separate lines, you would need to break a large breeding group into smaller groups and keep them separate, that is, prevent interbreeding between groups. This would be true for animal as well as human populations, as every biologist knows.

It is unlikely that each small group would carry the same broad range of skin colors as the original, larger group. One group might have more dark genes, on average, while another might have more light genes. The same thing would occur with other characteristics: nose shape, eye shape, etc. And since they would intermarry only within their own language group, these differences would no longer be averaged out as before.

Concluding that the dispersion at Babel broke up a large interbreeding group into small  interbreeding groups, this ensured that the resultant groups would have different mixes of genes for various physical features. By itself, this dispersion would ensure, in a short time, that there would be certain fixed differences in some of these groups, commonly called “races.” In addition, the selection pressure of the environment would modify the existing combinations of genes so that the physical characteristics of each group would tend to suit their environment.

As these groups migrated away from Babel, they encountered new and different climate zones. This would also have affected the balance of inherited factors in the population. However, the effects of the environment are nowhere near as important as the initial genetic mix of each group.[v]

New research shows that people with blue eyes have a single, common ancestor. A team at the University of Copenhagen have tracked down a genetic mutation which took place 6-10,000 years ago and is the cause of the eye color of all blue-eyed humans alive on the planet today.[vii]

[vi] Where did the human races come from? – ChristianAnswers.Net