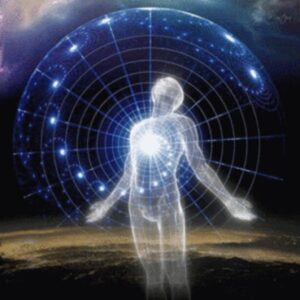 Part Two – What Color is My Soul?

As I was discussing this subject with one of my friends, I said, “In my humble opinion, the color of my soul is neutral, because neutral colors don’t show up on a color wheel unless they are mixed with other colors. Neutral colors include black, white, gray, and sometimes brown and beige. They are sometimes called ‘earth tones.’” My friend challenged me with, “Is ‘neutral’ just a cop-out to explain what you do not know?”

Sometimes it’s good to be challenged because it makes you think a little deeper. So I went further into my studies.  But before I get into my research on the skin and soul, please allow my disclaimer to assure you that I do not claim to be an expert about anything, except for a modest familiarity with what the Bible says about the human experiences beginning with Adam and Eve in the first chapter of Genesis. The truth of the matter is that I do NOT know what color my soul is. But I would consider it an honor if you will study with me.

The Christians in Corinth

The Christians in Corinth had many questions for the apostles. They were anxious about what happens after a person dies. They had been taught that there is life after death, and they believed that Jesus had been resurrected from the dead. They had heard of, if not seen, his ascension into heaven and wondered how that would affect them. But that is an almost unimaginable subject and like us, they wondered what it would be like to be resurrected.

35 But someone will ask, “How are the dead raised? With what kind of body will they come?” 36 How foolish! What you sow does not come to life unless it dies. 37 When you sow, you do not plant the body that will be, but just a seed, perhaps of wheat or of something else. 38 But God gives it a body as he has determined, and to each kind of seed he gives its own body. 39 Not all flesh is the same: People have one kind of flesh, animals have another, birds another and fish another. 40 There are also heavenly bodies and there are earthly bodies; but the splendor of the heavenly bodies is one kind, and the splendor of the earthly bodies is another. 41 The sun has one kind of splendor, the moon another and the stars another; and star differs from star in splendor.

If there is a natural body, there is also a spiritual body. 45 So it is written: “The first man Adam became a living being”; the last Adam, a life-giving spirit. 46 The spiritual did not come first, but the natural, and after that the spiritual. 47 The first man was of the dust of the earth; the second man is of heaven. 48 As was the earthly man, so are those who are of the earth; and as is the heavenly man, so also are those who are of heaven. 49 And just as we have borne the image of the earthly man, so shall we bear the image of the heavenly man.

The apostle Paul also explained to the Christians in Galatia that if we have been clothed with Christ, there is neither Jew nor Gentile, neither slave nor free, nor is there male and female, for we are all one in Christ and all heirs according to the promise God gave to Abraham.

26 So in Christ Jesus you are all children of God through faith, 27 for all of you who were baptized into Christ have clothed yourselves with Christ. 28 There is neither Jew nor Gentile, neither slave nor free, nor is there male and female, for you are all one in Christ Jesus. 29 If you belong to Christ, then you are Abraham’s seed, and heirs according to the promise. (Galatians 3:26-29).

Then, in the New Testament, the religious people in Athens were also confused about their worship.  We see Paul the apostle’s beautiful proclamation and explanation of Jesus to them.

19 Then they took him and brought him to a meeting of the Areopagus, where they said to him, “May we know what this new teaching is that you are presenting? 20 You are bringing some strange ideas to our ears, and we would like to know what they mean.” 21 (All the Athenians and the foreigners who lived there spent their time doing nothing but talking about and listening to the latest ideas.)

22 Paul then stood up in the meeting of the Areopagus and said: “People of Athens! I see that in every way you are very religious. 23 For as I walked around and looked carefully at your objects of worship, I even found an altar with this inscription: to an unknown god. So you are ignorant of the very thing you worship—and this is what I am going to proclaim to you.

24 “The God who made the world and everything in it is the Lord of heaven and earth and does not live in temples built by human hands. 25 And he is not served by human hands, as if he needed anything. Rather, he himself gives everyone life and breath and everything else. 26 From one man he made all the nations, that they should inhabit the whole earth; and he marked out their appointed times in history and the boundaries of their lands. 27 God did this so that they would seek him and perhaps reach out for him and find him, though he is not far from any one of us. 28 ‘For in him we live and move and have our being.’ As some of your own poets have said, ‘We are his offspring.’

29 “Therefore since we are God’s offspring, we should not think that the divine being is like gold or silver or stone—an image made by human design and skill. 30 In the past God overlooked such ignorance, but now he commands all people everywhere to repent. 31 For he has set a day when he will judge the world with justice by the man he has appointed. He has given proof of this to everyone by raising him from the dead.” (Acts 17:19-31 NIV; bold emphases mine, sm).

Notice in verse 29 above: the “divine being” is explained. Don’t think of it in terms of being like gold or silver or stone—an image made by human design and skill…it’s NOT like that!

In traditional Christian theology, divinity is the state or quality of being divine, and can denote Godly nature or character. In Hebrew, the terms would usually be “el,” “elohim,” and in Greek usually “theos,” or “theias.” The divinity in the Bible is considered the Godhead itself, or God in general. Or it may have reference to a deity. Even angels in the Psalms are considered divine or elohim, as spirit beings, in God’s form.[i] Certainly not “an image created by human design and skill.”

So we must look into the divine spirit world of being like God. Yes, we know that God speaks in symbolism.  It is all through the Bible.  Color is one of the ways that God speaks. It is glory language spoken in heaven tones.

Description of Heaven, the Home of My Soul

The friend of Jesus, the apostle John in the Bible, saw in his vision as we read in the book of Revelation, the heavens open to reveal the Holy City, Jerusalem, (indicating the church; that’s US!) coming down from heaven. John described the glory of God as brilliant, like a very precious jewel, Jasper.

Jasper is a semi-precious stone that comes in virtually ANY color.[ii] The parallel here is that the church, the body of Christ (Colossians 1:24) is made up of virtually ANY color skin and soul. One ironic characteristic of Jasper is that the different colors are ordered by the impurities in the substance. It seems fitting that the church begins with impure souls who are made pure by the blood of Christ.  Clear as crystal…pure as glass…pure as transparent glass. The city does not need the sun or the moon to shine on it, for the glory of God gives it light, and the Lamb (Jesus) is its lamp.

10 And he carried me away in the Spirit to a mountain great and high, and showed me the Holy City, Jerusalem, coming down out of heaven from God. 11 It shone with the glory of God, and its brilliance was like that of a very precious jewel, like a jasper, clear as crystal…

18 The wall was made of jasper, and the city of pure gold, as pure as glass. 19 The foundations of the city walls were decorated with every kind of precious stone. The first foundation was jasper, the second sapphire, the third agate, the fourth emerald, 20 the fifth onyx, the sixth ruby, the seventh chrysolite, the eighth beryl, the ninth topaz, the tenth turquoise, the eleventh jacinth, and the twelfth amethyst. 21 The twelve gates were twelve pearls, each gate made of a single pearl. The great street of the city was of gold, as pure as transparent glass.

As a side note, there are 226 Scriptures in the Bible with the word: Light.

THE GLORY OF GOD

Divine glory is an important motif throughout Christian theology, where God is regarded as the most glorious being in existence, and it is considered that human beings are created in the Image of God and can share or participate, imperfectly, in divine glory as image-bearers. Because of that, Christians are instructed to “let your light shine before men, that they may see your good works, and glorify your Father in heaven.” (Matthew 5:16).

To the church in Philippi, Paul said: 20 But our citizenship is in heaven. And we eagerly await a Savior from there, the Lord Jesus Christ,21 who, by the power that enables him to bring everything under his control, will transform our lowly bodies so that they will be like his glorious body. (Philippians 3:21)

I am convinced that when we are no longer physically contained in the shells of our bodies, we will be transformed so that we will be like the glorious body of Jesus Christ.  (1 Corinthians 15:42-44).

I would like to describe the colors of my divine soul as “heaven tones,” a kaleidoscope of colors,iii and it will be more magnificent, more splendid, and more glorious than this human mind has the ability to describe!!

The Colors of YHVH God – HIS Glory Reigns Ministries

12 Color Meanings – The Power and Symbolism of Colors (Infographics) (color-meanings.com)