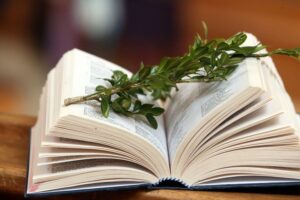 Not all Christian people celebrate Lent. As a personal reflection, I didn’t understand the word Lent or what it meant to Christians until I was an adult. And after I learned about Lent, I had to wonder why I had not learned about it before.  It certainly seems like a Christian-like thing to do.  But for me, and maybe many other Christians, it is not a natural thing to do, so each individual must decide for themselves to be specific in its celebration. At the very least, this research has helped me to understand the celebrations and the symbolism behind them.

The holiday is celebrated by many denominations in many different ways, but for the most part, Lent is a six-week-long event marked in the Christian calendar, where the meaning is to be “encouraged to find our own method of confronting our sinfulness, remembering our mortality, and giving thanks for the gift of salvation we receive through the life, death, and resurrection of Jesus Christ.”

According to some dictionaries, the word “Lent” is derived from the Anglo-Saxon term “lencten” (relating to the lengthening of days), which actually translates to “spring.”

In America, the holiday is 40 days long—not including Sundays. (So, technically, it’s 46 days long.) Why is it 40 days, you might wonder? It is supposed to be a time of preparation and focus, reminiscent of Jesus’ time in the wilderness before he started his public ministry.

This year, Lent began on Wednesday, February 26, 2020. The first day of Lent is called Ash Wednesday. On Ash Wednesday, ministers, pastors or priests gather ashes from the previous Palm Sunday and rub them on the congregations’ foreheads.

They do this while citing Genesis 3:19: “…For you are dust, and to dust you shall return.” In addition to heading to church, many honor the beginning of Lent by choosing to give up something for the 40 days Jesus spent in the wilderness, such as alcohol, sweets, or even swearing. Another option is to give themselves to a cause, which could include volunteering.

Whereas Easter celebrates the resurrection of Jesus after his death on the cross, Lent recalls the events leading up to and including Jesus’ crucifixion by Rome. This is believed to have taken place in Roman occupied Jerusalem.

The Christian churches that observe Lent in the 21st century use it as a time for prayer and penance. Only a small number of people today fast for the whole of Lent, although some maintain the practice on Ash Wednesday and Good Friday. It is more common these days for believers to surrender a particular vice such as favorite foods or smoking. Whatever the sacrifice, it is a reflection of Jesus’ deprivation in the wilderness and a test of self-discipline.

40 is a significant number in Jewish-Christian scripture:

Most Christians regard Jesus’ time in the wilderness as the key event for the duration of Lent.

Purple is the symbolic color used in some churches throughout Lent, for drapes and altar frontals.

Purple is used for two reasons: first because it is associated with mourning and so anticipates the pain and suffering of the crucifixion, and secondly because purple is the color associated with royalty, and celebrates Christ’s resurrection and sovereignty.

Shrove Tuesday  is more commonly celebrated in the United Kingdom. It is the day before Lent starts: the Tuesday before Ash Wednesday. It’s a day of penitence, to clean the soul, and a day of celebration as the last chance to feast before Lent begins. Shrove Tuesday is sometimes called Pancake Day after the fried batter recipe traditionally eaten on this day. But there’s more to Shrove Tuesday than pigging out on pancakes or taking part in a public pancake race. The pancakes themselves are part of an ancient custom with deeply religious roots. Shrove Tuesday gets its name from the ritual of shriving that Christians used to undergo in the past. In shriving, a person confesses their sins and receives absolution for them. When a person receives absolution for their sins, they are forgiven for them and released from the guilt and pain that they have caused them.

In the Catholic or Orthodox context, the absolution is pronounced by a priest. This tradition is very old. Over 1000 years ago a monk wrote in the Anglo-Saxon Ecclesiastical Institutes:

In the week immediately before Lent everyone shall go to his confessor and confess his deeds and the confessor shall so shrive him.Anglo-Saxon Ecclesiastical Institutes

Shrove Tuesday is a day of celebration as well as penitence, because it’s the last day before Lent.  Lent is a time of abstinence, of giving things up. So Shrove Tuesday is the last chance to indulge yourself, and to use up the foods that aren’t allowed in Lent.

During Lent there are many foods that some Christians – historically and today – would not eat: foods such as meat and fish, fats, eggs, and milky foods. So that no food was wasted, families would have a feast on the shriving Tuesday, and eat up all the foods that wouldn’t last the forty days of Lent without spoiling. Pancakes became associated with Shrove Tuesday as they were a dish that could use up all the eggs, fats and milk in the house with just the addition of flour.

Roman Catholic, Anglican, and some other churches hold special services at which worshippers are marked with ashes as a symbol of death and sorrow for sin. In Ash Wednesday services churchgoers are marked on the forehead with a cross of ashes as a sign of penitence and mortality. The use of ashes, made by burning palm crosses from the previous Palm Sunday, is very symbolic.

God our Father, you create us from the dust of the earth. Grant that these ashes may be for us a sign of our penitence, and a symbol of our mortality. (Traditional Ash Wednesday prayer).

Symbolism of the ashes

The marking of their forehead with a cross made of ashes reminds each churchgoer that:

This year, the official end of Lent is on Thursday, April 9, three days before Easter Sunday. However, there’s an entire list of events leading up to the finale that’s called Holy Week. Holy Week begins with Palm Sunday. This marks Jesus’s arrival in Jerusalem, where he received palm branches at his feet. After Palm Sunday comes Holy Wednesday, which acknowledges Judas Iscariot’s plan to deceive Jesus. That’s followed by Maundy Thursday and commemorates Jesus’s last supper—this is the official end of Lent, but not the finish of Holy Week. Next is Good Friday, when Christians recall the crucifixion of their Savior. The final day of Holy Week is Easter, when believers acknowledge that Jesus rose from his tomb.