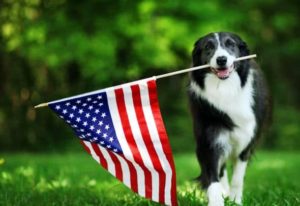 Summer’s final fling has arrived in the form of Labor Day. Yes, most of us get the day off, but this holiday triggers mixed emotions. While summer still has 21 calendar days left, it’s time to get serious. School’s starting and there’s a sense that summer vacation is over. So what’s behind Labor Day — and how did it earn a place as a federal holiday? [i]

What is the meaning of Labor Day?

Do you get weekends off work? Lunch breaks? Paid vacation? An eight-hour work day? Social security? If you said “yes” to any of these questions, you can thank years of hard-fought battles (and the ensuing legislation they inspired) resulting in many of the most basic benefits we enjoy at our jobs today. On the first Monday in September, we take the day off to celebrate Labor Day and reflect on the American worker’s contributions to our country.

Labor Day always falls on the first Monday in September, which means anywhere from September 1 through September 7. This year it’s September 2 in the U.S. and Canada, where it’s known as Labour Day. However, this is not the case for most countries; the majority of which celebrate on May 1.

There’s disagreement over how the holiday began. One version is set in September 1882 with the Knights of Labor, the largest and one of the most important American labor organizations at the time. The Knights in New York City held a public parade featuring various labor organizations on September 5 — with the aid of the fledgling Central Labor Union (CLU) of New York. Subsequently, CLU Secretary Matthew Maguire proposed that a national Labor Day holiday be held on the first Monday of each September to mark this successful public demonstration.

In another version, Labor Day in September was proposed by Peter J. McGuire, a vice president of the American Federation of Labor. In spring 1882, McGuire reportedly proposed a “general holiday for the laboring classes” to the CLU, which would begin with a street parade of organized labor solidarity and end with a picnic fundraiser for local unions. McGuire suggested the first Monday in September as an ideal date for Labor Day because the weather is great at that time of year, and it falls in between July 4th and Thanksgiving. Oregon became the first U.S. state to make it an official public holiday. Twenty-nine other states had joined by the time the federal government declared in a federal holiday in 1894.

What is the Haymarket affair?

On May 4, 1886—at a time when most American laborers worked 18 or even 20 hours a day—tens of thousands of workers protested in cities all across the US to demand an eight-hour workday. Police in Chicago attacked both those peaceful protests and a workers planning meeting two days later, randomly beating and shooting at the planning group and killing six. When outraged Chicagoans attended an initially peaceful protest the next evening in Haymarket Square, police advanced on the crowd again. Someone who was never identified exploded a bomb that killed a police officer, leading cops to open fire on protesters and provoke violence that led to the deaths of about a dozen workers and police.

Ironically, Chicago was also the setting for the bloody Pullman strike of 1894, which catalyzed the establishment of an official Labor Day holiday in the U.S. on the first Monday of September.

The strike happened in May in the company town of Pullman, Chicago, a factory location established by luxury railroad car manufacturer the Pullman Company. The inequality of the town was more than apparent. Company owner George Pullman lived in a mansion while most laborers stayed in barracks-style dormitories. When a nationwide depression struck in 1893, Pullman decided to cut costs the way a lot of executives at the time did—by lowering wages by almost 30% while he kept rent on the dormitories he leased to his workers at pre-depression levels.

These conditions ultimately led workers to strike on May 11, 1894. The walkout gained the support of the nationwide American Railroad Union (ARU), which declared that ARU members would no longer work on trains that included Pullman cars. That national boycott would end up bringing the railroads west of Chicago to a standstill and led to 125,000 workers across 29 railroad companies to quit their jobs rather than break the boycott.

A few days later, Cleveland realized that he had to act quickly to appease the country’s increasingly agitated labor movement. But he didn’t want to commemorate the Haymarket incident with a May holiday that would invoke radical worker sentiment. So Cleveland harkened back to the first established September 1882 holiday and signed into law that Labor Day in the US would be celebrated on the first Monday in September.

“The vital force of labor added materially to the highest standard of living and the greatest production the world has ever known and has brought us closer to the realization of our traditional ideals of economic and political democracy. It is appropriate, therefore, that the nation pays tribute on Labor Day to the creator of so much of the nation’s strength, freedom, and leadership — the American worker.”