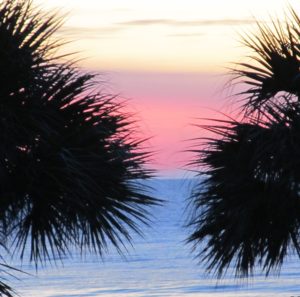 I love to write.  I love to read.  I especially love to read books that make me say, “I wish I had could write like that!”  I just started reading a book that was recommended to me as a great read.  “Small, Great Things,” a novel, by Jodi Picoult.  I cried through the first twelve pages.  I can’t help but wish I had the ability to create such strong emotions with my writing.  Now, having 458 pages of that book left to read, I have hopes that it will be as amazing as it has been recommended to be.

I began my writing career when my fourth child was three years old in 1974.  I honestly have no idea what gave me the idea that I had anything to say that would be beneficial to anyone else.  But I believe that the Holy Spirit has gifted me with the desire and ability to teach.  However, being a woman, I didn’t believe I could stand and preach to a congregation like my dad and grandad did, even though I had those tendencies. So, I wrote … not to create extreme emotions as a novelist, but to assist in developing faith.

The first book was published in 1975, (beginner’s luck), “Better Than Gold and Silver,” and I think it blessed a few ladies who studied the lessons in Ladies’ Bible Classes during the ‘70’s and ‘80’s.  Long ago out of print, it still occasionally comes up as a topic of conversation.  Recently, I have been re-writing it; a revision to those earlier aspirations, with what I hope to be more experience and compassion under my belt.

So this month’s Webstable Soup will contain an excerpt from the new version of one of those early chapters, and I hope you will receive a blessing from it.

Precious! The Bible is a precious book! It’s true even though there are many who don’t believe it is the inspired word of God.  And if you don’t believe, or if you don’t know if you believe, stay with me as we study the book itself to see if we can find an element of faith peeking through the pages.  Like a recipe book… you don’t know the worth of the recipes in that book until you have tried some of the recipes.  So, let’s see if we can find the worth of the Bible.

The atheistic “big bang” theory of the evolution of earth and man from nothing has permeated our society to the extent that schools have been encouraged, and at times required, to teach this theory in preference to and in place of the account of the divine creation as recorded in the Bible in the first chapter of Genesis.

Remember, “Evolution” is a fact, and not only a theory. Matter changes over time…that’s a fact, but it changes from something that is already there to the same thing in a modified form.  Like a river may change its course over a period of time, and a jagged rock will eventually become smooth under a waterfall from the constant beating of the falling water. However, the evolution of something from nothing can only be explained by the divine hand of God.

My father’s avocation was repairing watches. His vocation was preaching. He used an illustration in a sermon that I have never forgotten. He had a little bottle filled with watch parts.  He took all the tiny screws and springs, hands, stem, case and face in his hand, left the pulpit, opened a door, threw all those little parts into that room and closed the door.  He returned to the pulpit and asked the question, “How many of you believe that all those little watch parts will become a watch without any help?”  That’s right, not a single hand was raised.

The contents of the Bible need only to be investigated for one to obtain the answers to questions regarding the existence and nature of God. It is to this Book we will turn in this and following lessons to see if we can gain more understanding about the precious word of God.

By wisdom the Lord founded the earth; by understanding he created the heavens. (Proverbs 3:19).

The heavens proclaim the glory of God. The skies display his craftsmanship. (Psalm 19:1).

God stretches the northern sky over empty space and hangs the earth on nothing. (Job 26:7).

As long as the earth remains, there will be planting and harvest, cold and heat, summer and winter, day and night. (Genesis 8:22).

It is the Lord who provides the sun to light the day and the moon and stars to light the night, and who stirs the sea into roaring waves.  His name is the Lord of Heaven’s Armies, and this is what he says: (Jeremiah 31:35).

You cause grass to grow for the livestock and plants for people to use. You allow them to produce food from the earth— (Psalm 104:14).

He counts the stars and calls them all by name…He covers the heavens with clouds…He sends the snow like white wool; he scatters frost upon the ground like ashes.  He hurls the hail like stones. Who can stand against his freezing cold?  Then, at his command, it all melts. He sends his winds, and the ice thaws.  (Psalm 147:4, 8, 16-18).

Who created a channel for the torrents of rain?  Who laid out the path for the lightning?  (Job  38:25).

Have you no respect for me?  Why don’t you tremble in my presence?  I, the Lord, define the ocean’s sandy shoreline as an everlasting boundary that the waters cannot cross. The waves may toss and roar, but they can never pass the boundaries I set.  (Jeremiah 5:22).

Yes, tell me if you know so much.  This is what God commanded of Job. In other words, If you know what it’s all about, say so!

Can we explain how there can be God? Can we determine how He created something from nothing? Can we explain the workings of nature and the existence of man?  We do not see the wind nor understand electricity, but we know both exist. We do not see heat or cold, but we feel the influence of both. So it is with God. We may not be able to explain, but “The fool says in his heart, “There is no God.” (Psalm 14:la).

Demanding proof that there is a God is like striking a match to see the sun.