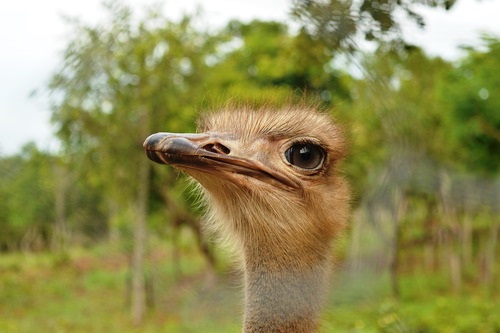 Weird Things You Would Never Know (But do now!)

A shrimp’s heart is in its head.

The “sixth sick sheik’s sixth sheep’s sick” is said to be the toughest tongue twister in the English language.

Rats multiply so quickly that in 18 months, two rats could have over a million descendants.

Wearing headphones for just an hour will increase the bacteria in your ear by 700 times. (Glad I’m too old to want to listen through headphones)

If the government has no knowledge of aliens, then why does Title 14, Section 1211 of the Code of Federal Regulations, implemented on July 16, 1969, make it illegal for U.S. citizens to have any contact with extraterrestrials or their vehicles? (I’m in violation – hope they don’t find out).

In every episode of Seinfeld there is a Superman somewhere.

A duck’s quack doesn’t echo, and no one knows why.

23% of all photocopier faults world-wide are caused by people sitting on them and photocopying their butts.

If you sneeze too hard, you can fracture a rib. If you try to suppress a sneeze, you can rupture a blood vessel in your head or neck and die.

If you keep your eyes open by force, they can pop out.  (Who tried this one?)

In a study of 200,000 ostriches over a period of 80 years, no one reported a single case where an ostrich buried its head in the sand.

It is physically impossible for pigs to look up into the sky.

A pregnant goldfish is called a twit.

More than 50% of the people in the world have never made or received a telephone call.

Butterflies taste with their feet.

In 10 minutes, a hurricane releases more energy than all of the world’s nuclear weapons combined.

On average, 100 people choke to death on ballpoint pens every year.

On average people fear spiders more than they do death.

Thirty-five percent of the people who use personal ads for dating are already married.

Elephants are the only animals that can’t jump.

Only one person in two billion will live to be 116 or older.

It’s possible to lead a cow upstairs…but not downstairs.

Women blink nearly twice as much as men.

It’s physically impossible for you to lick your elbow.

The Main Library at Indiana University sinks over an inch every year because when it was built, engineers failed to take into account the weight of all the books that would occupy the building.

A snail can sleep for three years.

No words in the English language rhyme with “MONTH or ORANGE.”

Our eyes are always the same size from birth, but our nose and ears never stop growing.

The electric chair was invented by a dentist.

All polar bears are left handed.

In ancient Egypt, priests plucked EVERY hair from their bodies, including their eyebrows and eyelashes…OUCH

An ostrich’s eye is bigger than its brain.

TYPEWRITER is the longest word that can be made using the letters only on one row of the keyboard.

“Go,” is the shortest complete sentence in the English language.

If Barbie were life-size, her measurements would be 39-23-33. She would stand seven feet, two inches tall.

A crocodile cannot stick its tongue out.

The cigarette lighter was invented before the match.

Americans on average eat 18 acres of pizza every day.

Almost everyone who reads this list will try to lick their elbow.

Disclaimer:  I can’t prove any of this, but it’s good for laughs!